Time for a new kind of hero!

My latest heroes aren't the traditional handsome alpha stud and yet they are in the eyes of the heroine.

Who could possibly be a new kind of hero?

They are monsters from Ancient Greek and yet they aren't really all that bad.  They are the sons of Uranus [sky] and Gaia [earth] and were feared because they were so physically strong.  Because they were so much stronger than their father, he chose to lock them in Tartarus so they couldn't help seize power from him.  Unfortunately, while Cronus did take over and released them, he also sent them back to Tartarus because, like his father, he didn't want them to help seize power.  Third time is a charm for the Cyclopes and Zeus rescued them.  The proficiency the show in the forge was well respected and they made special items for immortals such as Hades [helmet of invisibility], Posiedon [trident] and Zeus [thunderbolts]. 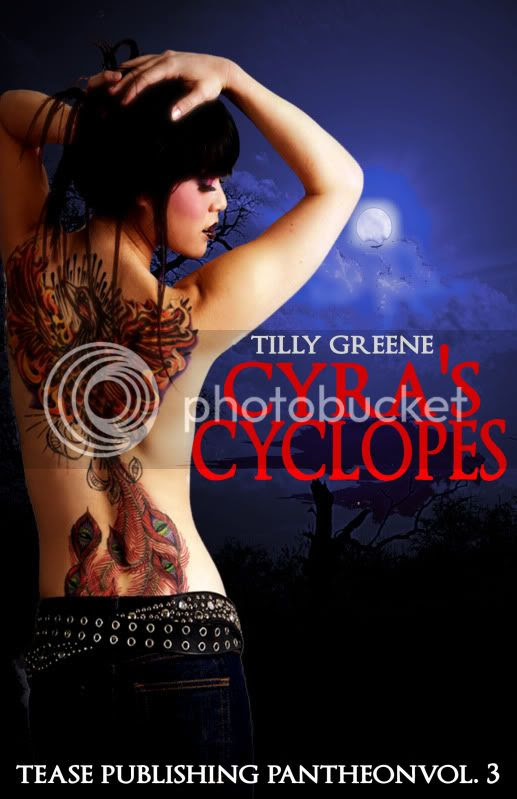 There are many Cyclopes, however, three brothers [Agres, Brontes and Steropes - my three heroes] in particular who are very important men and yet they were never given a chance to explore their softer sides.  Well, I changed that and gave them the opportunity to meet a woman who could do just that in "Hephaestus Lays Down the Law", and they've been with her ever since.  However, even though they live together and appear happy, all is not roses in the relationship.  The brothers have never felt such joy with a woman before and she is about to leave them unless they figure out how to keep her.
It's past time for Cyclopes to love and be loved and they're given the chance to do just that with "Cyra's Cyclopes", the fourth installment in the Mythological Messes Redux series.

You think you know all about Cyclopes by reading about them in Homer's Odyssey, but there is so much more to them than that one incident.

So, can a one eyed giant be a sexy and caring lover?  Absolutely!  Can three? Phrew, it's a red hot yes!  Pick up a copy of "Cyra's Cyclopes" and enjoy the trio finding their way through new territory - love.

I have never read your work before - but this sounds wonderful. :)

I love the whole concept of taking something/someone who would not normally be in the 'hero' category and showcasing them in that light. :)

Best to you,
Michelle

Yup, something I occassionaly do is explore those often labeled as imperfect or being outside social norms. Cyclopes, the Devil, tattooed, pierced, and the physically empaired are all heroes to someone and I like giving them a platform to achieve happiness :-)

Thanks for the lovely comment. gave me a smile. Take care and have a fab day!