Thank you for visiting our stop on the Mistletoe Madness Blog Hop. This giveaway is now closed.

Congrats to LibraryLady on winning the AAD prize package!

AAD 2012 in New Orleans is filling up incredibly fast. We're taking a breather from planning and preparations to celebrate the holidays and wish you all a safe and happy holiday season.

In the meantime, Authors After Dark is pleased to offer this prize pack as part of the Mistletoe Madness Blog Hop. Included is an exclusive Authors After Dark tote bag and various print books and swag from the fantastic authors of AAD 2011.

To enter to win, please leave a comment and let us know what's at the top of your holiday wish list. This giveaway is open to international entries.

Also, remember to visit the Contests page to enter to win the Grand Prize!


Thank you for visiting us on the blog hop. Have fun and good luck in the other giveaways!

My turn to blog again! Yay! The past month has been a busy one. I had a new novella come out a few weeks ago, the first in a new series of very hot space opera romance called KING OF SWORDS. It's available now on Amazon, Barnes and Noble, and in a few other places including Smashwords, which has a choice of formats. Within the next week or so, book 2 in the novella series will be released. It's called KING OF CUPS and picks up where the first book left off.

I've also been writing a bit. Working on a new Dragon Knights book for release sometime next summer. We're planning a re-release of all the Dragon Knights books, with new covers. The first two books in the series might also be lengthened a bit and re-edited. When they were first released in print form, they were short enough to be packaged together in a single print volume, but that's proven very confusing for readers. The re-release will hopefully alleviate some of that confusion and I might finally get the really sexy covers I've been hoping for! LOL.

I'm also in the middle of edits for two paranormal stories right now. The first is a novella called THE PURRFECT STRANGER that will be released by ARe sometime around Valentine's Day. The hero is a werecougar - a cousin of Matt Redstone, a popular character from earlier in my Tales of the Were series. The heroine is a failed witch. It's a very light paranormal with a few amusing bits and a whole lot of love. I hope it will bring you some smiles on Valentine's Day. ;)

The second thing I'm working on is my April release from Samhain, titled BROTHERHOOD OF BLOOD: WOLF HILLS. It's a paranormal novel focusing on the last of the study group friends featured in the other Brotherhood stories. We're just starting the editing process now and I expect to start seeing cover art soon. I'll post it on my site as soon as it's finalized.

Other than that, I'm working on a little surprise for my blog over the 12 Days of Christmas - which technically BEGIN on December 25th. With a little luck, I'll get it together in time and we can have some fun over on my blog during the festive season between Christmas and New Year. Come on over and check it out! :)

Bianca D'Arc
Come over to The D'Arc Side... www.biancadarc.com

Are you in a Book club and Coming to AAD NOLA? PLEASE FILL THIS OUT (Cuz Stella's Book club database she was creating on her compy went missing... and this is safer!)

Thanks guys! This is going to be SO COOL!
Posted by Stella Price at 11:51 AM No comments:

A question that keeps coming up... Answered!

So we have been monitoring the new form we put up and a question came up about “Authors attending AAD that aren’t Featured” and having a list of them. I figured I would address this early as it is bound to come up more and more.

Please note that every author that registered for AAD was sent an email explaining the responsibilities, commitments, and perks of Featured Authors at AAD and given the opportunity to become a Featured Author. It was their choice to participate as a Featured Author or not.

Because of this, the only attendees designated as “Authors” by the con are the ones that are Featured Authors, and will be designated as such with an Author Ribbon. Attendees that are not featured authors will not have a ribbon, but will have an AUTHOR designation on their badge so you will still be able to identify them, talk with them and socialize.

The Featured Authors are those who committed to attend AAD and contribute to panels, special events and activities, making themselves available to the readers. Thus, we can focus on promoting them based on their commitment and also their contribution to the great prizes, swag and books the attendees will enjoy at AAD NOLA. We do not have the same from other authors and would not be able to maintain an accurate list of those attending the convention due to cancellations, conflicts in schedule or other unforeseen circumstances.
Posted by Stella Price at 8:39 AM No comments:

1. AAD is now full for featured authors! There is a wait list but with all the hubbub about being a FA, I don't think we will be dipping into it.

2. Balcony rooms: PLEASE NOTE: Join the AAD forum, where we will give you info on how to request a balcony room for 2012. ALSO PLEASE NOTE: Just because you asked for one when you got your reservations doesn't mean that you will get one. We have a limited amount of balcony rooms, and everyone that gets one MUST SIGN A WAIVER that states that anything thrown off the balcony, all fines and fees will be absorbed by the attendee in the room, not the convention. If you do not sign this, you will not get a balcony room. (And Just an FYI: The fines are around 5k for ONE PIECE OF MATTER thrown or dropped from any of the balconies...)

3. join the AAD forum! All the info on events, parties and special goodies will be talked about and announced there! THIS IS THE ONLY PLACE TO GET ALL THE INFO FOR THE CON!

4. we are about 75% full! If you know someone that is on the fence about going, let them know! We are filling up SO quickly, I thank everyone that's registered this year so far. We are now the fastest growing convention in Romance!

5. rooms are filling up quick! Dont forget to get your room ASAP!

Ok thats it from Stella... Im back in my packing hole to move!
Posted by Stella Price at 6:10 PM No comments:

Okay, I'm halfway through holiday craziness and wanted to let you guys know a few things that you might find interesting. 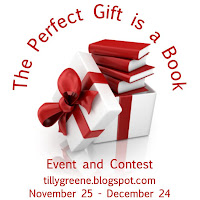 First up, the Perfect Gift is a Book event and contest is on and there's still time to enter! Some of your favorite authors and those new to you are sharing their favorite books to give as gifts...a wonderful window into the person behind the book. Comment once or everyday and that's how many times your name is put into the bowl to win a fab bag from Rome that has something from all the places I'm spending time in this holiday season, including a gift certificate from All Romance [who have kept me in ebooks!]. I'm all about sharing the fun :-)

Also, go check out What Book is That - they are also taking part in the event above :-) I did an AAD Author Spotlight and it was probably one of the most fun interviews I've ever done :-) 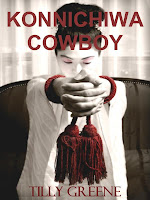 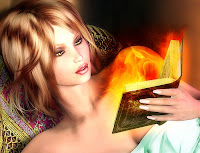 Whew! November was a busy month for our Bloggers! If you missed a few, here's a recap on the Featured Author Spotlights shared by our Bloggers last month.

Lia Habel at What Book is that?:
http://www.whatbookisthat.com/2011/11/aad-author-spotlight-lia-habel.html

Judi Fennell at That's What I'm Talking About:
http://www.twimom227.com/2011/11/aad-author-spotlight-judi-fennell.html

Stacey Kennedy at What Book is that?:
http://www.whatbookisthat.com/2011/11/aad-author-spotlight-stacey-kennedy.html

Abigail Barnette at That's What I'm Talking About:
http://www.twimom227.com/2011/11/aad-author-spotlight-abigail-barnette.html