Happy to be MC because... 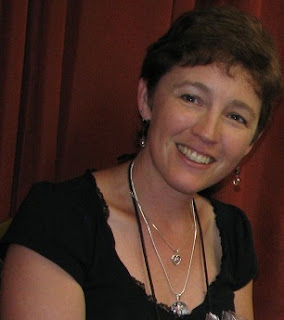 Why am I delighted and hugely flattered to be Master of Ceremonies for AAD2012? Because it’s all about the readers! Under the FAQs page of the new site, the very first question states the focus of AAD as: “The reader-author relationship through education of titles, genres and books in general. It is a true reader con, putting readers’ wants and needs at the forefront, and caters to all types of readers of romance, fantasy (including urban fantasy) and horror.”

They mean that shit.

Excuse my language, but I felt the quote that’s been used in various movie venues with such great effect applied perfectly here. When the first AAD was launched a couple years ago, I attended with moderate expectations. I knew it had good people organizing it, but it was a first year conference, and that’s often fraught with mishaps and disorganization, just because it’s part of a new con’s growth process--figuring out what works and what doesn’t. I was amazed to find myself at an incredibly well-organized event with a plethora of panels, events and giveaways, almost all of which were reader-focused. As an author, when I’m deciding how to spend my annual con budget, that’s the quintessential element that determines where I’ll go and how those dollars will be spent. I want the opportunity to spend time with new and existing readers, get to know them better, be inspired and guided by their insights and love of reading.

What’s the icing on the cake about AAD? This type of con tends to attract authors who are also very reader-centered, which means it ends up being one big love fest for books, where I come away with wonderful new friends, a lot of happy fuzzy time with old friends, and a creative adrenaline charge that will spur my writing for the next three manuscripts.

At AAD 2009 and 2010, not only were huge amounts of books and prizes given to the readers, the panels were arranged and themed according to reader interests – vampires, werewolves, historical, BDSM, military romances, et cetera. Readers were given the entire panel time to ask whatever questions they wished about the panel authors’ stories, the genres themselves, etc. That was a lot of fun for me as an author, and readers seemed to love having the chance to play 100 questions with the authors. Ask me to prepare a presentation, and honestly, if I passed out Nyquil at the beginning of the workshop, it would have the same effect. Plus, so many of us authors have trouble with public speaking (hell, if we could speak worth a damn, we’d probably be in politics or sales, not writing – laughter). But answering freestyle questions about my work, satisfying readers’ curiosity about the how, why, when and what’s next, and getting the chance to hear the reader’s perspective as well – that’s a blast. And a big plus – I don’t have to throw up in my hotel bathroom right before, like I do when I have to get up and string together something meaningful for 30-45 minutes.

Now, on top of those panels, AAD throws in some great parties and chances to socialize with these same authors and other readers in a very relaxed, informal environment. We get to play dress up, drink and eat badly, so it’s like a weekend long slumber party.

So in short, when I was asked to be MC at AAD 2012, I took about two seconds before saying yes, despite my horror of public speaking or actually being noticed in public at all (laughter). You all will help me get through, I’m sure. I fully expect this AAD to be the very best yet. For one thing, being held in New Orleans, how could it be bad, even taking into account the stammering MC who has no public speaking skills? And even that will be kind of fun, because you’ll get to heckle and fluster her more - lol.

Okay, obviously we’re still in the early stages, but here are some things planned for 2012. Even if they change a bit as we go on, they’ll be evolving into even more fantastic ideas which, since they’re already pretty amazing, only means more wonderfulness.

There will be a masquerade, the Echoes of New Orleans, where you can come as a character from your favorite New Orleans-setting story, or a past historical figure or ghost of New Orleans – any thing inspired by this sensual city that fairly screams pleasure, intrigue, danger – all the best aspects of paranormal romance, and romance in general. Let your imagination run wild.

The entire con will have the whimsical theme of “Authors After Dark Summer Camp”, with a macabre Dark Carnival flare, because of course this is New Orleans. A small group of authors will be your “counselors”, offering events and parties, and field trips. Your counselor might take you to a special bar in New Orleans, do a cemetery tour, visit a jazz club, etc – giving you a chance to enjoy the culture of the city in the company of an author(s) and fellow readers. Throughout the weekend there will be smaller “getting to know you” parties hosted by other authors. We’ll of course have a book signing, and there may even be a pool party, since the hotel has that as well. And yes, there will be tons of giveaways and opportunities for informal discussions with authors and other booklovers galore.

Did I mention that, because we reached a certain level of bookings at the hotel, the whole place is OURS?! No worries about disturbing other guests or having hotel security come down on you for your room party that goes into the wee hours. How awesome is that?
So let’s recap – an exclusive venue for our event, reader panels, reader parties, reader outings, lots of giveaways, lots of interaction with your favorite authors…have you signed up yet? It’s going to be a total book-high, offered in one of the best cities to celebrate romance. Can’t wait to see you all there!
Posted by Joey W. Hill at 12:40 PM

The WHOLE Hotel and you're MOC?!? So excited....Cannot wait:)

It'll be nice to not hear from the hotel security because we were still enjoying a quiet chat with a few people at 3am. LOL, ok so maybe it wasn't that quiet, and it was more than a couple of people. ;)
NOLA is going to be a great time!!

Can't wait to see you again. I really want the next VQ book to come out. I love the books.

Kelly/Mindy, I think that's a particularly awesome aspect of the con as well. Because yes, romance readers and authors have been known to get a teensy weensy bit rowdy and loud (lol).

Grace, I'm delighted to hear you'll be there! Looking forward to seeing you again as well. You'll be able to tell me what you thought of not only Vampire Instinct, but Bound by the Vampire Queen as well (smile).

You will be fantastic Joey! I loved meeting you at 2010 and will help in any way I can in 2012. So excited to see New Orleans. I could not ask for a more fantastic group of people to spend the adventure with.

Joey! This is the best reason for me to attend. checking out the web site right now.

Robin, will look forward to seeing you again as well, and I completely agree. The setting and the company will be incomparable!

Desiree, absolutely - this is a very worthwhile event for an author to attend, because it's 100% about the readers, and loving romance! In a low key, relaxed environment. It's a lot of fun, and you have the potential not only to find new readers for your wonderful work, but new friends as well.

Diana, yay! Glad to hear you're coming. I don't know about the me being awesome part, but I'll at least try not to be irritating and long-winded (laughter). I like your avatar!

I hope I can attend this one. I'm still not certain. I still owe you lunch. *grin*

Jaime, I would love for you to be there. And thanks for giving me that guilt leverage to put the pressure on you: "Yes, you owe me a lunch, so you better be there!" (laughter)

Seriously, I hope you can make it!

I'm making it a point to get there, this sounds awesome!!!

Mai, you better be, or the forum ladies will likely hunt you down and kidnap you to bring you there (grin). Wouldn't be the same without you.