This past weekend I had the immense pleasure to read a new Young Adult book entitled Eventide by Chris Allen-Riley and it was amazing!


The driver in a tragic car accident that killed her best friend, Devon Greer is consumed by guilt. When powerful hallucinations convince her that she’s seeing Rachael everywhere, Devon thinks she’s going crazy. But her friend isn’t truly gone. To save Rachael from the faeries who stole her, Devon must pit herself against the Court of the Sidhe. Once she witnesses the true form of the fey, Devon’s life is in danger—and so are the lives of everyone she loves. Now, Devon must not only protect herself, but also Jonah Seafort, Rachael’s cousin and the only person Devon can trust to help her. While the Sidhe walk among them, no one is safe…

OR you can watch a kick-ass book trailer on youtube.

What I enjoyed most about Ms. Allen-Riley's work was her characters.  To me all her characters were relate-able and enjoyable with the exception of the traditional villain and high school bitch that everyone hates, but even those were well written. My favorites besides the main H/h was the little sister, I really enjoyed the sibling dynamics and antics throughout the story.

Another thing I enjoyed was her ability to be descriptive without the story dragging on or having lulls.  There were no lulls at any point that I noticed. I literally read it through in one sitting only taking moments to jot notes down.  Now this was partially because I had to find out what was going down in Iron Falls, as I couldn't even begin to guess, and also because I was slightly spooked.  Look with all legends there's a grain of truth so I get a pass for being creeped out by the evil fae!  I adored that Ms. Allen-Riley took the evil fae route, even though I was sure I wasn't going to be able to sleep and questioned my ability ever to go camping again! I enjoyed every moment of suspense she put me through.

I was utterly enamored with the whole story. After completing it I was very pleased to hear she plans to write at least two more in the series. I think it is a wonderful read for anyone who enjoys suspense, the fae, the Upper Peninsula of Michigan, or series in general ~Eventide is a fantastic start and I look forward to reading about what happens next in Iron Falls!

I will be buying this in paperback to add to my keeper shelf, not to mention I will be using it as a stocking stuff-er this holiday season! 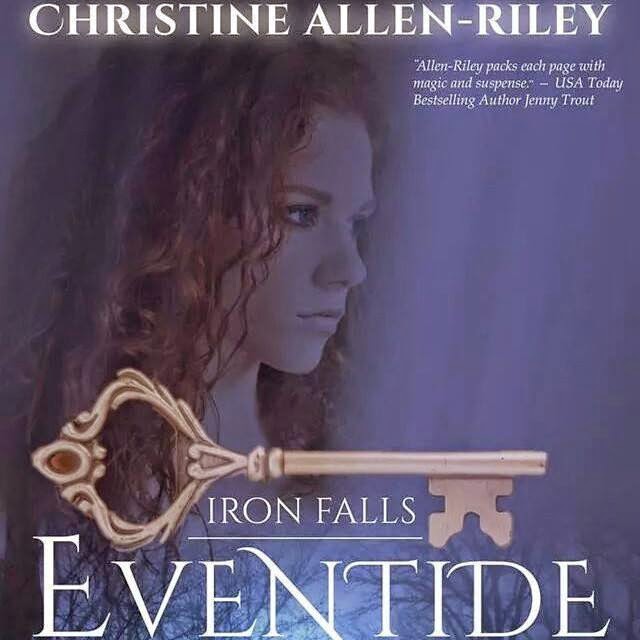