New releases and fun for AAD! 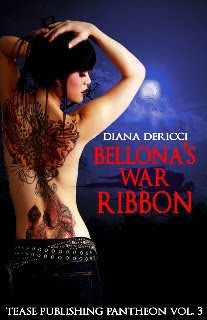 Eliza wasn't kidding! Can we get any busier now that Spring has, well... sprung? Seems I finish one story, to have to dive right into another one, while between I'm revising, rewriting, and editing stuff.

One of the lastest finishes was BELLONA'S WAR RIBBON. This will be available at AAD as one of the Love's Immortal:Pantheon series collections this year. Woot!! This will release April 15th on ARe, so watch for it.

A persistent obsession with a goddess could jeopardize one man's sanity, or could give him eternal love.

An Ancient Civilizations Professor has hungered for one woman for over twenty years. The only problem--she
hasn't existed in millenia. When he is swept from modern times to the birth of the Roman Empire, he thinks his
sanity has finally snapped.

All he wants is to have one chance to love her.

If he can win the heart of the Goddess of War, he might find more than any obsession could ever promise.

I'm also happy to say that Watching Her Every Move and Alpha Awakening have been approved to go to print! The catch?

LOL Nope! She's in the works right now, and I'm really liking her. Imagine Elizabeth Taylor in her Cleopatra days... Oh, and she's a wolf shifter, just like Rush. And wait until you see who she meets.... I'm sincerely hoping to have this for AAD as well.

And let's not forget the Aiza Clan... Brooke will be in print for AAD. 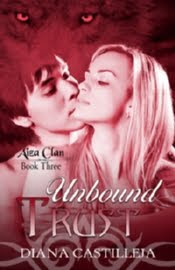 Brooke Aiza has returned home after staying with her Aunt Jerry for more than a year to learn she's an aunt herself by her brother, and her sister is married! Overwhelmed by the changes taking place with her siblings, she begins to feel more than a familial affection for her new brother-in-law, and sees no escape except to put distance between them until she leaves for her parent's home.

Mitch isn't interested in any woman, content with his life. Mostly. Even his brother senses a restlessness building within him, but for what? Then when Mitch suffers a major accident, he and Brooke are all but confined to the same house, and he is left trying to remember why he didn't want anything to do with women. Because the more he sees of her, the more he needs her kiss.

The resurgance of an amulet into the sibling's lives changes everything, for the amulet can control them all. It will take two to destroy the evil stalking the Aiza family, and if Mitch refuses to face his feelings and Brooke can't overcome her hesitations to form a deeper trust, the opening of the gates of Hell could be the result.

So tons of goodies! I'll also be donating a basket for the charity draw, so make sure you bring your luck! You're goooonnnaa waaannnnnnt to wiin.

That's all for this month! See you next round!
Posted by Diana Castilleja at 12:42 PM

oh YAY
so many goodies!!
Congrats!!!

Congrats! You are busy and are going to stay busy for a while.
mom1248(at)att(dot)net