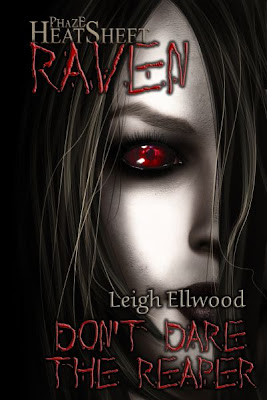 With this Halloween short, coming in October from Phaze Books, comes an interesting left turn through Dareville. Like Dulce, which only alluded to characters in the series (and I may bring back the principles of that story for something new), this story should not really be considered part of the Dareville canon. In terms of chronology, it will be set after the events of A Winter's Dare, and if you're paying attention that would put this work in October of 2006.

I understand when readers are into a contemporary, there comes the tendency to apply the action to the current day. Because Truth or Dare released in 2004 and the subsequent novels are set almost immediately after each other, time passes more slowly in Dareville. Nobody is Twittering quite yet, and W. is still the President. I have to be very careful with cultural references when writing these stories so everything remains accurate. If you read the Kinsey Millhone mysteries by Sue Grafton, you'll notice it's set the same way. A is for Alibi came out in 1982, and Grafton has it set so subsequent stories are happening one right after the other. Of course, it doesn't make sense for a detective to work only one case a year. I'm assuming Kinsey doesn't use Twitter, either.

Eventually I'll have Dareville catch up to the rest of us, don't worry.

Another point about Reaper that sets it apart from the rest of the series is that this one is sort of a paranormal. I'll let you figure it out from the blurb in progress:

En route to a sexy Halloween soiree, Cal and Sue Briscoe are involved in a car accident and...die?

Stranded between layers of the veil, they cling to each other with the hope that whatever happens, they will stay together. As the Grim Reaper - a handsome fellow introducing himself as Gil - tries to discern their fate, the Briscoes take advantage of the moment out of time to celebrate what could be their last chance for love...or the beginning of a new life.

Still tweaking it, I hate blurb writing. I will say this, however: it ends well.