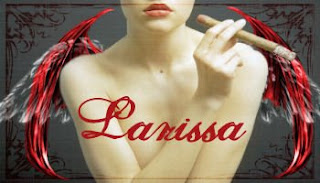 When I first started writing (a billion years ago,) I wrote on paper. I wrote an entire full length novel on notebook paper, and let me tell you, there wasn't a whole lot of editing going on because of it. In fact, I remember being very, very careful about every word I put down, because going back to erase and rewrite was a pain. And now that I think about it, this may be why, once I started writing "for real," on a computer, my first drafts were very polished.
I was a VERY slow writer. I contemplated every word very carefully, reworked every sentence before moving on.
So anyway, after that first hand-written novel, I learned to type. Again, rewriting was a pain, so even though I could write with fewer callouses, I still wrote very slowly and carefully.
Then came along the computer and Microsoft Word. Wow. Okay, I still wrote slow, but at least editing was much, much easier.
So I wrote lots and lots of stories using Word. Published some stories and books that were written in Word. My Secrets stories, Snowbound, Pleasure Unbound, Riding The Storm, Unleashing The Storm, Hot Nights, Dark Desires, and part of Seduced By The Storm were written using Word.
And then I discovered WriteWayPro. At the risk of this sounding like an infomercial, well, my writing life was forever changed. Suddenly, I didn't have to write on one long, scrolling document. I didn't lose data when Word froze up. I could see every scene, named, to the left of my screen in one place. Rearranging scenes became a matter of drag and drop. Then there was the deadline computer/word count tracking graph.
Holy crap, my production soared. I wrote three more books using it, and wow...it even made the collaboration on the Croft books easier.
Then I bought a Mac, and suddenly, I couldn't use WriteWayPro anymore. This writing program changed my life, and if I couldn't find something similar, then that was a dealbreaker for keeping the Mac.
Someone told me to try Scrivener, so I did. Now...it's nice. I have to say, it's very similar to WriteWayPro, with a lot of extra pros...and some cons. So for those of you considering a switch from PC to Mac and you've been using WWP (or vice versa,) here are a few points. And if you've never used either, you're missing out! *g* Seriously, I highly recommend either of these.
PROS vs WWP:
Color coding the scenes in the outline on the left is a WONDERFUL feature. At a glance, you can see how many scenes in each POV there are. Or you can use the color coding for plot elements. So you could look at the outline and see that you have three scenes in a row that focus on the suspense plot, and then only one that focuses on romance, and then five that focus on the hero's external plot. Love that feature.
The text edit features are easier to use -- highlighting, underline, bolding, etc., is a click right up front. In WWP you kind of have to dig for some of that.
You can have multiple documents open at once, making it easy to switch between projects and cut and paste, move scenes.
Autosave feature is fabulous. Saves every two seconds so you don't have to.
More visually appealing.
You can export to several formats, including Word, in order to email your manuscript to your editor. WWP lets you export only to RTF...which isn't a big deal because it's easily saved as a Word doc. without losing formatting. But Scrivener saves you a step.
Allows for multiple windows open in one document -- so you can see your research while still writing.
Very nice web integration -- you can double-click on a word in your doc and go straight to Google to search dictionaries, research, or thesauruses about the word/phrase.
CONS vs. WWP:
I really, really miss WriteWayPro's deadline tracker and word count graph that tracks your progress through the months/weeks/days. Scrivener keeps track of word count, but not like that.
Instructions can be confusing. Definitely not as straightforward as WWP, and a bigger learning curve.
Cutting and pasting from Word can result in a loss of formatting that can be a pain to re-format. It can be done, but may take time.
"Saving as" different versions isn't as easy. Maybe I'm missing something, but WWP is far easier in this.
Concentrates more on the writing part of the writing than plotting -- no pre-prepared sections for character profiles, scene goals, plot goals, etc. I didn't use much of that in WWP, but I had just started enjoying the character profiles feature, so I miss that. But admittedly, I haven't played much with all of the capabilities, so I'm sure that the abilities to do all that is there -- just not all pre-prepared.
*
So anyway, that has been the evolution of my writing. From pencil and paper, to typewriter, to Word on a computer, to two writing programs developed specifically for novelists (though Scrivener does have templates for other forms of writing, like scripts.)
As my writing programs have changed, so have I. I've gotten faster, more efficient, and, well, spoiled. :) I'll never go back to Word. Oh, I use it for short projects, like writing blog posts or articles or letters, but for a story? Never, ever.
What about you? Has your writing methods/programs/habits changed over the years? Did you start out a pencil and paper person, or were you lucky enough to start out on a computer? Do you still write longhand and then transfer to the computer?
And speaking of writing, I'm off to do some. Have a great weekend, everyone!
Posted by Larissa Ione at 7:57 AM

I do both paper and pen and writing on the computer. It all depends on the length of what I'm writing, which has all been critical essays for my classes. I've always had an easier time keeping my thoughts straight when I write with pen and paper.

i go through cycles. Sometimes the pen and paper thing works for me, and when it does, it works really well! Plus, while typing into the computer, it makes for the first edit. I like that! :)

I'm curious...what's the learning curve for both of these.

I use word now but if I get more serious, I'll have to check into these. Cool - thanks!

I just realized that I'd never gotten back for this. Seriously, my mind is mush.

Anyway, Amie, the learning curve is pretty steep for Scrivener -- I mean, it's not HORRIBLE, but it'll take you a day to really get it figured out.

WWP is much easier. And honestly, it's more fun to play with. Scrivener is a little touchier.

Hi :)
Thank you for pointing me here.
I downloaded Writeway.
I hope I love it as much as you.
:)
Love From Canada
twitter.com/RKCharron
xoxo

I'm actually a complete Scrivener addict so this is a nice overview!